Blogger finally gave me permission to blog again. I think they had an extension on my page because when people said it was okay, I was still having error messages.  The good thing is that I got all my comments back. Yay!! Then I had issues with my internet but I guess I am having a good break now.

I had some bad news last week. When everyone was talking about Arnold "Sperminator" Schwarzenegger and how his wife found out he had a child with one of his domestic staff, I also found out one of my relations who has been married for close to 20 years is having an affair with a University student in Nigeria. He lives in the US with his family and according to the gist, he wants to bring the girl over. It came as a shock to everyone cos he is one of those people that you would think would never cheat *not that it is written on his forehead* Now the wife who I got very close to since we moved is contemplating divorce if the girl makes it to the US. The kids are so broken. Everyone is confused. My husband, Mr. O, says he was jazzed. But my opinion is that  if he didn't look for trouble in the form of being an "aristo", he wont be in this mess.

It is shocking to hear these days that a woman will say she will not have surgery for the safety of her life and her baby because she wants to deliver like the Hebrew women of old. People prefer vaginal delivery but when it comes to life and death issue, please cut me and let's all live. I lost a friend this past week after childbirth. She had blood pressure issues all through the pregnancy and i think the doctor suggested a C-section but she said she wanted to push. She had the baby then died an hour later. I don't know what the doctors did or didn't do. I remember when I was due to have my first baby and she was 2 weeks late. I admitted myself in the hospital and asked for them to do whatever needs to be done. I wanted to have a c-section but my doctor said i couldn't just decide that at that late stage. Mr. O had to sign the consent form before anything could be done. He was in Ghana then. So they induced labor. I was in labor but wasn't dilating. And for those who have experienced induced labor, we know how "sweet" it is. To cut a long story short, after being in labor for 2 days, Mr. O came and  I had a c-section. This my late friend told me i was lazy, i should have stuck it out and insisted on having a vaginal delivery. I jokingly told her she should do that when it is her turn; and now I don't feel good that she did just that and she is no more. Now there is a baby that will not see his biological mother cos she died after bringing him to this world. May her soul rest in peace. Amen.
Posted by Okeoghene at 11:01 PM 14 comments:

Please can someone help me. I cant find the blogs I follow on my Reading List. I added them on Monday again only to come back on tuesday and my dashboard is empty. Is blogger doing something new now?

Can someone please throw some light to how I can get my list back again and let it stay this time?

This wasn't what I wanted to talk about today, but after going through my mails and seeing  an average of 10 scam mails from different people I don't know but who call me "Friend" and who think I can be of help to them in clearing their millions of dollars and/or  pounds, I decided to talk about it.

Am I the only one still receiving these yahoo-yahoo mails? I thought with the awareness out there on the way they operate and the fact that people are more wary these days with the economic depression,no extra money to spare and all, that their business has reduced. From all indications this is not the case. They are still out there and the sad thing is that people might still be falling prey.
Yahoo-yahoo is what oyinbo people will call Internet scams. They have different levels of operating. Some of them will call you on the phone and say one of your relations sent you something from overseas and then will either give you a number to call to get the address where you can go and pick up the items. I don't know how this type ends or how they eventually get money off  the victim;but for them to be doing it that means people are falling for it. My mum almost fell for one these scammers once. The guy called her mobile number and said someone sent her some things from London. We have an uncle in London, so she readily believed that it was true. What gave the guy away was when she from nowhere asked him for the name of the person who was sending the stuff, he now mentioned an Ibo name whereas my uncle has a typical Urhoboh name. Immediately the guy knew he had blown his cover he hung up the phone. That is how they didn't chop my mum that day.
The most common one is the one I have flooding my email. The scammer will send a mail that he is the Assistant Director in one ambiguous bank in West Africa and how they have so much money belonging to a deceased customer and how the bank wants to move the money to a reserved account as abandoned funds. Since he is a sharp guy and also believes he is sending the mail to a fellow "sharpie" that will also seize the opportunity to make a quick one. The sum of money they talk about is always millions of dollars*like it is possible to have that kind of money and just forget it. In this case I am sure the guy will eventually ask the victim to send some money to him, so can clear the millions into his account and this can continue as long as the victim thinks there is one money he will receive from somewhere. After all how much is some thousand dollars to the millions he will get at the end of the deal? I do not come to you by chance written by Adaobi Nwaubani talks about internet scams in her novel. 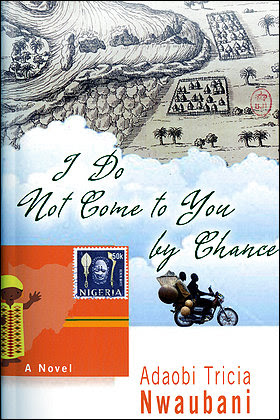 It is rather unfortunate that Nigeria has gotten a bad name for this. There are many  people who are doing good business, working hard and trying to show the outside world that we can also be known for good things.


My time is up. I leave you with this video  Maga no need pay. Enjoy