So I had typed this long "turanchi' about Sexting and an argument I had with someone yesterday when I had to go for a diaper change and the little madam decided it was her turn to operate the laptop and she managed to delete my work. I had resolved I was going to put up something today regardless. Hence my question.

Thank you to all who have already responded to my one- liner. I really appreciate it.

One of the gist in the news this week is a Congressman who exchanged sexually explicit text messages and photos with a woman, who is not his wife. Initially when the photos of his "Okotete" came out, he said his twitter account was hacked and denied . Eventually he confessed that he was actually sexting a woman and when the photo got to the public , he panicked  then he lied. Sexting is a vice/hobby of the congressman cos he also confessed that he had been sexting several other woman for the past 5 years but he has not met up with any of them. He says his wife knows of his pastime but she didn't know of this recent one and people the wife is pregnant for him.

Now some guy was like everyone sends sexts and it was rather unfortunate that the congressman got caught but they shouldn't skin him for that.  After all that is one of the dividends of technology. He didn't hook up with any of the women, so the bottom line is that he did not cheat. I was like WTF?

a. The guy is already committed to someone else in marriage. He gave up that right to share his crown jewels with anyone but his partner.*except maybe in an open relationship, though I don't know how those operate*

b. He also betrayed his wife by lying not just to her but his constituency. A relationship built on lies will sometime crumble. It is just a matter of time

c. Even if twitter, Facebook and all the other social networks are signs of technological advancement that doesn't mean that they should be miss-used. The fact that a knife can be used to cut meat doesn't mean it is right for you to kill with it

Now I wonder why someone would want to send  pictures of themselves nude to someone else. Who wants to see it? Some people might say, it is okay to send photos as long as you are not committed to anyone. But really is it wise? What will be your plan when it comes out, cos it will, it is just time. The internet and all that comes with it is good but we shouldn't forget that what we post therein remains forever. Say you are dating someone and you decide to exchange nude pictures and maybe the relationship doesn't work out. What would you have gained? Let us be wise when we post things on the internet else we be haunted in the future.
Posted by Okeoghene at 9:07 PM 13 comments: 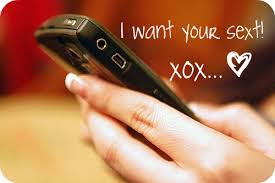 PS:  I had already typed this post but lost it somehow and I didn't want to give up posting today.
Posted by Okeoghene at 3:28 PM 9 comments:

When a woman is pregnant, people always want to know what they are going to have. And you see people trying to guess the sex of the baby based on what the mother is going through. If the woman is beautiful, they will say it is a boy; if she isn't they say it is a girl cos the girl has taken all her beauty; If she is hairy on her legs, it is definitely a boy. Some people are so good at it, they can tell the sex from the way the mother is carrying the baby in her tummy. Some people will not divulge the sex of the baby till after birth when you probably see for yourself, while some people would not know the sex of the baby till after the baby is born. My MIL says if her kids are having boys she dreams of buying yam at the market. That was how she concluded I was having a boy when the technician who did my ultrasound said I was having a girl. Anyways this gist is by the way.

Sometime last week, there was a couple in the news who even after the birth of their baby have still not divulged the sex of baby. The only people who know the sex of the baby are the midwives and the other kids in the family. Everyone is keeping it a secret. I can just imagine what they go through trying to keep the sex of the baby a secret. The neighbors who saw her while she was pregnant will ask what she had and she will say a baby named Lagbaja. Of course what the neighbor wants to know is if it a boy or a girl.

I believe this couple have their reasons trying to raise their baby a gender neutral. They are trying in their own way to break the gender stereotypes we have in this world.  They are trying to fix the world in their own little corner.You cant fault them for their parenting style just because it is not the usual. In my own opinion  I thought they were just seeking attention.Their own 10minutes of fame and they got it.  Before the news no one knew them, probably no one knew they are "gender neutrals" and trying to raise their kids as such. And to think of  it, does anyone really care? No one cares about the sex of your baby but you.

Instead of trying to raise your child genderless, I think it is more important to bring up our children to be able to handle the stereotypes in the world.  Just like the dream of a race-less society remains just a dream, there will still be gender stereotypes.For example instead of teaching just  your girl child cooking  and home management, the boy should also be taught the same. I believe God made them boy and girl for a reason and we come with those differences. Where my daughter knows that she should pet her doll, my son is trying to pull the doll apart and then re-fix it.He doesn't know he is a boy, it just comes naturally.

Maybe I don't really know anything about being gender-less. I am a woman and I am not going to hide it * like I can right now* If people treat me  in certain ways because of my sex, I learn to deal with it. My sex is one of the things that make me who I am . If sex wasn't important why do trans-gender go through so much to choose one?

BTW wonders shall never cease in this obodo. I saw a boy who was dressed in a sun dress last week too. I thought that was weird and a bit too much. Ah han!
Posted by Okeoghene at 12:36 PM 10 comments: