The events of the weekend was really emotionally draining for me. Yes, I am aware that bad things happen, that there are evil people in the world, but I am still unable to wrap my head around the senselessness of what happened in Newtown Connecticut on Friday. Beautiful, innocent children whose only care in the world was to eat, sleep and play and wonder at what Santa was going to bring for them this Christmas, only to have their lives snuffed out of them. It is just incomprehensible.

I can totally relate with people moving to quiet neighborhoods that are supposedly crime free to raise their families and this was one of those kind of neighborhoods.My children were going to school in a different county from where we lived before because of the safe environment. With this shooting, we are reminded that nowhere is safe. . This could have happened to anyone. The parents can't be blamed like in the Aurora shooting at the cinema hall. This is school; School is supposed to be safe.


Not everyone walking on the streets is sane. There are many borderline mentally ill people. Many of them have lived like this even as children and nobody is doing anything about it. Rather they are being pumped with all sorts of drugs that might or might not help. I know a woman whose foster kids ages 9-14 years, throw unreasonable tantrums, threaten her and use all sorts vulgar words to her.  They are also very quick to tell her this is America and they know their rights.Initially I felt they were just an unruly bunch. But now I see that they are mentally ill and even though they had their good days when they behaved well, they also had these spurts of bad behavior that even got more frequent with all the medication they received. I don't know how they can be helped what I know is that many people are sick out there and they need help before it gets out of hand.


My heart goes out to the families and the people of Newtown Connecticut. May the souls of the people who were killed in the shooting rest in peace and may God grant their families and community the fortitude to bear the loss. 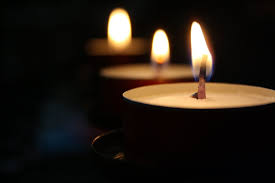