I will keep in touch

I heard or found out something that kept me in the dumps today. It made me realize one more thing that I need to work on my self.
You know that friend who rarely keeps in touch? That person who no one really knows what is going on in their lives cos they tend to live on their own "island"? Or even when they know what is going on, it is very general things, no serious details? I bet you will see my picture to that definition in the dictionary * if there is anything like that* I am so bad that I can lose my phone for days on end and not panic that people cannot reach me or I cannot reach people.I am bad like that. * covers face in shame* I remember when I first got married, my MIL was happy that at least she will get someone that will be calling her frequently cos her son is not the calling type; Oh boy, she didn't know she was getting a daughter worse than her son in that department.

Today, I found out a very good friend I had growing up, passed on 2 years ago. We met in primary school and we hit it off fast and became friends. We lived on the same long stretch of street, we had birthdays days apart and we had a passion for books, most of our mates then didn't understand why we would even read for pleasure. She made head girl and I was so happy for her cos she deserved it. She was a people person, most people felt comfortable in her presence, I felt very comfortable in her presence. She was like a sister. We lost touch in secondary school cos I moved up north while she remained in lagos; University brought us together again and it was fun again. After school, I blamed it all on trying to settle down, getting a job and all that. That was how we lost touch. Today she crossed my mind again, I decided to use Google* ever-ready* and I found out, she had passed...... May her soul rest in peace.

It got me thinking, I have to change and reach out to people more. Thanks to social media, you can practically find most people these days and today I used my Facebook account * which I rarely use* to look up some old friends and send messages. It felt good. Even though I am anonymous here, I get people who still reach out to ask how i am doing and to come put up a post. I really appreciate it and even though I might not respond, I appreciate and I resolve to change; I will keep in touch. 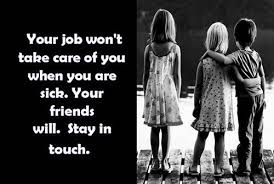 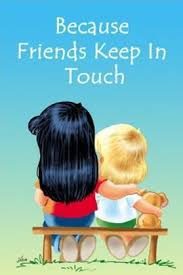 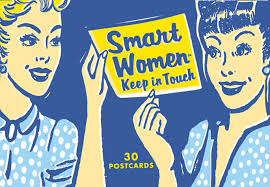 Labels: death of a friend, keep in touch

Yesterday I was watching a program on T.V,they were talking about the new ads released by New York City on teen pregnancy prevention. Everyone was just going on and on about how harsh and inappropriate the adverts were and and how it wasn't going to solve the teen pregnancy issue rather it will just stigmatize teens, how everyone knew someone who had experience with teen pregnancy and all the kids don't turn out bad. It was quite a long rant and all through I was just shaking my head and thinking of the "sex talk" when I was a teenager and how our cultures are so different. My mom left me in fear and trembling that I was sure she had her ways of knowing when those random boys blocking me at the junction will not let me go on my errands in peace. The fear of stigmatization, kept me in the straight and narrow at the beginning.

Over here we are quick to talk about the rights of a child, how everyone has a right to live how they want, but is it really the right of a child to have a child?  Shouldn't a child be able to live their young lives free of adult responsibilities? We live in a world of reality T.V and I bet most people have seen the  MTV series "16 and Pregnant" *and maybe they think that life is real or that they will also make it to the show*, so seeing the young pregnant girl is fast becoming a fixture. Sometimes when I even see these kids with their kids, they seem prideful, like they have achieved something. Of course they have achieved something; maybe   my contact lens are deceiving me, but I don't wear contacts.

I know it is my mother's voice, which by the way is sometimes the voice of my conscience, that  is saying teenagers don't have any business having sex. Most of them don't even know themselves yet,  they are still having ping pongs of emotions and truckloads of hormones that they know nothing about. They shouldn't have to think of what baby will eat or how to get a second job to meet up with child support.  I remember  one time after my second baby, I just resumed back at work. I got back from work so tired and I just wanted to crash and forget my responsibilities for a few hours. My mom gave me 30 minutes then woke me up saying " You are a mom now, you have babies who are looking up to you for care, you need to get up and do right by them". At that point I felt she was harsh and she could have just helped me care for my children one more day, but that was the push I needed.  Motherhood dawned on me. Even now at my age it overwhelms me sometimes, I wonder how a teenager is coping.

Yes, these adverts might be offensive or harsh and not really tackling the problems of teenage pregnancy at its roots but  maybe it will get us talking about it and educate young girls that it is a wrong move.* Imagine your children thinking these thoughts and desist* Teenagers should be given reproductive and sexual education and the earlier we start talking to our children even before they become teenagers, the better for us.

What do you guys think? Are the adverts for this campaign too harsh?